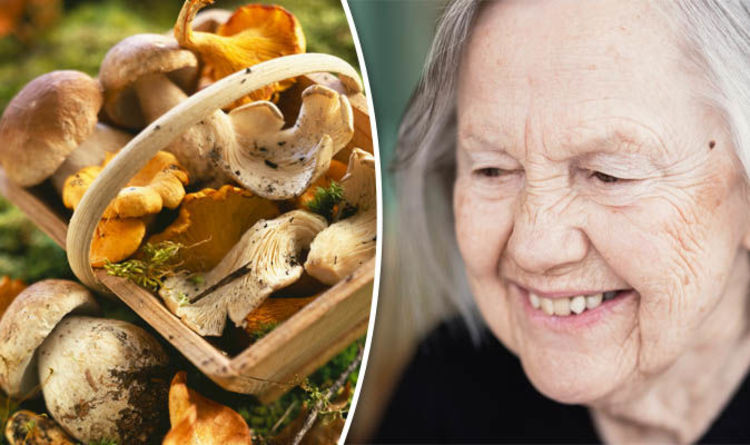 They contain high levels of two antioxidants that help to combat ageing and keep the brain healthy, scientists have found.

In countries where mushroom consumption is high, such as France and Italy, there are fewer cases of Alzheimer’s disease.

Just a small portion five days a week is enough to make a difference.

These destroy harmful chemicals called free radicals that can cause a host of serious illnesses.

Even the common button mushroom contains more of these powerful compounds than most other foods.

Food scientist Professor Robert Beelman, of Pennsylvania State University, said: “Mushrooms are the highest dietary source of these two antioxidants and some types are really packed with both of them.”

His findings, published in the journal Food Chemistry, are the latest in a series of studies suggesting that mushrooms should be regarded as a superfood.

The body produces free radicals when it uses food to produce energy.

These toxic chemicals have long been associated with conditions such as cancer, heart disease and dementia.

Boosting antioxidants in the body may help protect against their effects.

Amounts of the two antioxidants varied greatly between the 13 mushroom species tested.

Professor Beelman said: “We found the porcini has the highest by far. This species is really popular in Italy.”

He also said cooking mushrooms does not appear to reduce their benefits.

“Whether that is just a correlation or causative, we don’t know.

But it’s something to look into, especially because the difference between the countries with low rates of neurodegenerative diseases is about 3 mgs a day – which is about five button mushrooms.”

Previous research has suggested mushrooms build up the immune system and fend off bugs because they are rich in niacin and potassium.

Mushrooms are also high in B vitamins and other minerals such as selenium, iron and copper.

Commenting on the findings, Dr Laura Phipps, of Alzheimer’s Research UK, said last night: “It is unlikely that any single food is the key to a healthy brain but they can form part of a balanced diet, which can help keep brains healthy for longer.”

You can leave Comment(s) as a guest, but if you want to become a member of this site...